It’s a fine day with you around!
We are a little late this week. we got a little back on schedule due to story changes but it is all for the better!

Last time we revealed some of the process we went through when laying down the basics for the movie’s design and some of the things we thought of when designing our main characters.

This entry is the second part regarding the design process.

World and Environment
Designing the world was very tricky. we wanted to find balance between the harshness of a world that is all about work while maintaining the cheerful tone of our story. In order to support this concept we designed all props squar-ish with strong edges, all structures have a very solid base and the general design is “blocky”. There was also a challenge designing the world in Ben’s imagination. we wanted it to really contrast the real world and convey the joy Ben is feeling while he’s playing around. After deciding on a brown-yellow-green color palette for the real world, we tried to find a color palette that will feel entirely different and so we came up with the purple-pink-yellow theme for the imagination world (also, purple is considered a mystical color, which serves our purpose).

The following images show numerous ideas to how we tried to capture the environment and feel of the world. these aren't the final designs but these were important road blocks that helped us slowly get closer to what we knew we were looking for. so experiment, experiment, experiment. 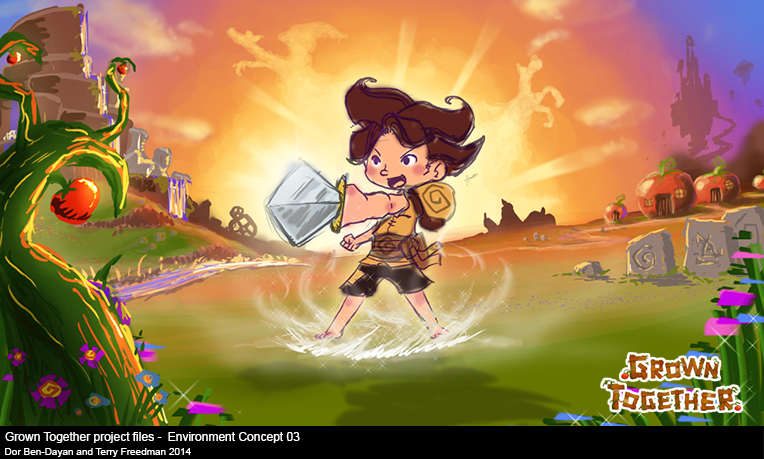 As for the elements inhabiting the world, we wanted to make sure everything is work related. no matter where you look, there’s a tool for a chore that needs to be done, further emphasizing how dull the world of the farm is.

Every tool and object was designed and went through a few iterations, so they will all look like they belong to the same world and keep consistency.

These couple of charmers are both taking place in Ben’s imagination. we wanted them to be inspired by the real world while still feel somewhat imaginative.

While designing Monty (the horse), since it’s the only organic (somewhat living) character alongside Ben and Abe,  we needed it to feel coherent with the rest of the design. Monty too was designed with the some curls in his hair, and was added some strong edges to work with the rest of our edgy world. a lot of work was put in designing its face, it needed to very very sweet and appealing, like you’d expect from Ben’s best friend. 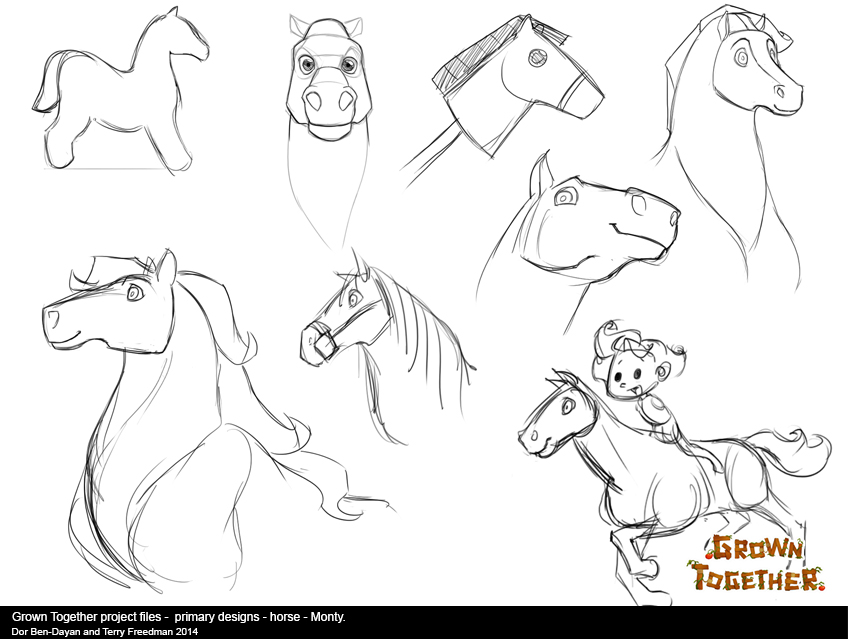 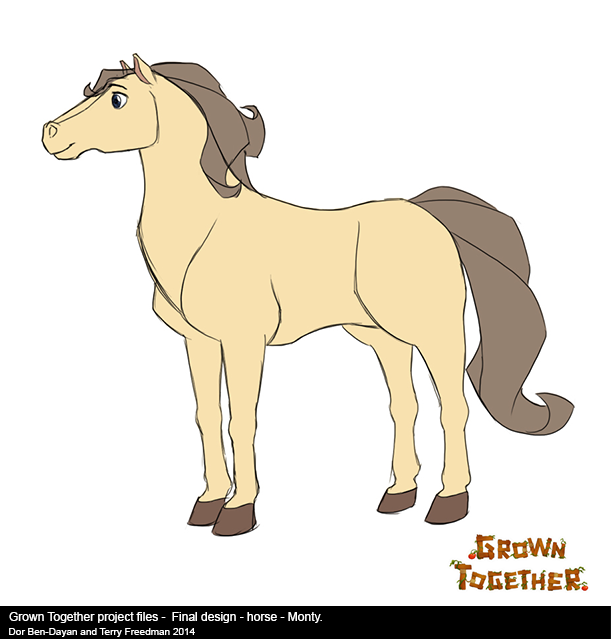 Python (the demon scarecrow) went through a few iterations until we found a design that we liked. the challenge was to create a demon threatening enough that it needs to be defeated but playful enough for Ben to actually imagine it (we assume kids don’t imagine their nightmares while fooling around). 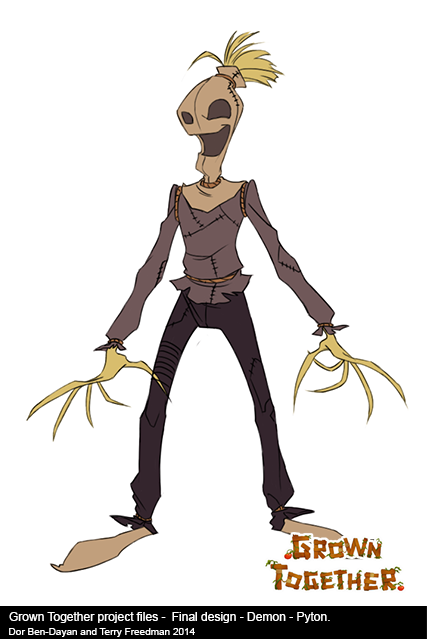 That's about it for now. There are a lot more design materials, but you get the hang of it. designing a coherent world takes time. so be patient if you ever tackle such a task.

if you haven't so far, please check out our previous posts, and stay tuned for our next entry about modeling, where illustrated designs start forming in 3D. 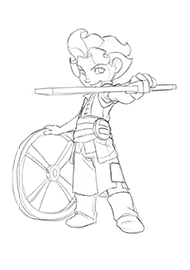